Skip to content Skip to navigation
See our Campus Ready site for most up to date information about the fall semester.Campus ReadyCOVID Help
UNIVERSITY OF CALIFORNIA, MERCED

Free radicals. That's a big buzz word these days, but Professor Henry Jay Forman was focusing his research on free radicals and lung disease in the 1960s when only a few elite researchers even thought about them as part of biology. 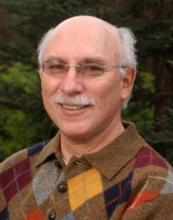 Forman, who has a Ph.D. in biochemistry, is investigating what triggers lungs to react when they breathe in ozone, nitrogen dioxide, dust particles and other pollutants that foul the air and cause free radical production in the lungs. Recently appointed as a professor in UC Merced's School of Natural Sciences, he is bringing his knowledge and research to California's San Joaquin Valley.

It's easy to see how Forman's research could be invaluable in finding a way for everyone to breathe easier in the Valley, which is home to one of the most polluted air basins in the nation.

His research looks at several lung diseases, including asthma, that are influenced by genes and the environment, and extends to purely genetic diseases such as cystic fibrosis, where there is a defect in transporting a tiny compound called glutathione, as well as inflammation.

"Dr. Forman has an international reputation in oxygen species-induced injury. His laboratory was among the first to demonstrate that oxygen-derived free radicals disrupt cell-signaling pathways," says UC Merced Dean of Natural Sciences Maria Pallavicini. "He also brings expertise in pharmacology, toxicology and biochemistry, along with basic biology studies that will complement environmental studies at our campus."

Building on a long track record of conducting research grants for the National Institutes of Health (NIH) among others, Forman currently is overseeing two research grants for the NIH: a five-year, $900,000-plus grant on the regulation of glutathione biosynthesis in oxidative stress and a $1 million-plus grant on how a particular cell in the lung reacts, called macrophage signaling.

While reducing the amount of pollution people are exposed to is the ideal goal, Forman's expertise focuses on this major health issue from the inside out. He is trying to determine more about how the lungs react to these substances, to figure out how to deal with particles once they enter the lungs and to see if there's a way to help equip lungs to stay healthy despite what they breathe in.

Working with cell cultures, his current research also is aimed at figuring out what levels of toxic substances the lungs can adapt to and at what point the levels become damaging. Another area of his research is unlocking the mystery of how lungs boost the production of the substance glutathione to respond to an increase in pollution and particles in the air.

By discovering the secrets to the chain of events that tells the lungs how to react to pollution, Forman and his research team hope some day they might be able to find a dietary supplement that some might call, "a magic pill" that could protect lungs when they breathe in bad air.

Forman's research is zooming in on one specific cell called a macrophage. The macrophage eats bacteria, dust particles and other pollutants that enter the lungs.

"With the environmental issues we have in the San Joaquin Valley, the macrophage is being irritated all the time with stuff that's being breathed into the lungs," he says.

"We are trying to understand how that signaling occurs. We're trying to figure out how this response works."

Forman received a B.A. in chemistry from Queens College of the City University, New York, in 1967 and attended graduate school at Columbia University, New York, where he graduated in 1971 with a Ph.D. in biochemistry. Following the completion of his doctorate, Forman did postdoctoral work at Duke University Medical Center's Department of Biochemistry from 1971 to 1973 prior to his appointment as an adjunct assistant professor and research associate at the University of Kansas Medical School.

With his background, Forman had lucrative offers from other prestigious institutions, but chose UC Merced. "I came here because I saw this as a great opportunity to be involved in something very exciting, which is building a new university where we could do innovative programs in teaching and it's a major research university.

"If you want to do the best teaching you need to be at a major research university because the research is helpful in teaching and the research itself is important," he says.

Aron B. Fisher, M.D., director of the Institute for Environmental Medicine and Physiology at the University of Pennsylvania, has known Forman since the late 1970s when Forman came to that university to join the program in lung physiology. They collaborated for several years during which time Forman rose to the rank of associate professor of physiology at that institution.

"Dr. Forman is one of the most innovative investigators with whom I have worked in the past 30 years," Fisher says. "He has a great ability to get at the essential issues of a problem and to consider possible solutions. He will be an invaluable asset in the goal of establishing a new research-oriented institution."

In the publications arena, Forman's most recent books include "Oxidative Stress and Signal Transduction," which he edited, and another book on signal transduction, for which he served as a co-editor.

While helping prepare for the new university's opening has him working very long hours, Forman believes he made the right decision to step up to the challenge of coming to UC Merced. "Although it is much more challenging in the beginning getting everything ready to go, five to 10 years down the road I think this will be a much more exciting place to be."

Forman lives in Fresno with his wife Tina-Karen Alexia Forman and their 16-year-old daughter, Victoria Juliet.

UC Merced, the 10th campus of the UC system and the first major research university to be built in the United States during the 21st century, is scheduled to open in fall 2005. Planned ultimately to grow to a student population of 25,000, the university has a special mission to serve the educational needs of San Joaquin Valley residents. UC Merced already is serving area students through a concurrent admissions program with three Valley community colleges and through UC summer session courses at UC Merced centers in Fresno, Bakersfield and Atwater.